A few weeks ago, every day on my drive to work and back home, I listened to America commemorate the fiftieth anniversary of the first moon landing. NPR aired interviews, held discussions, played audience reactions on-air. I listened in awe as ordinary citizens of this country called in with tales of how they were connected in some way to such a momentous time in the life of their country. Men and women who were kids when the first man landed on the moon were inspired to pursue science and adventure. I drove wistfully as I scoured my memories for such inspiring moments in my life.

Today I wrapped work with 20 mins left for India’s Chandrayaan 2 to soft-land on the moon. My laptop streamed the live YT video while Amma cut vegetables and ground coconut and cumin for morkuzhambu. The kids bounded home from their bus only to be shushed and asked to sit quietly. Coffee and snacks were devoured in silence as five pairs of eyes were glued to the laptop. 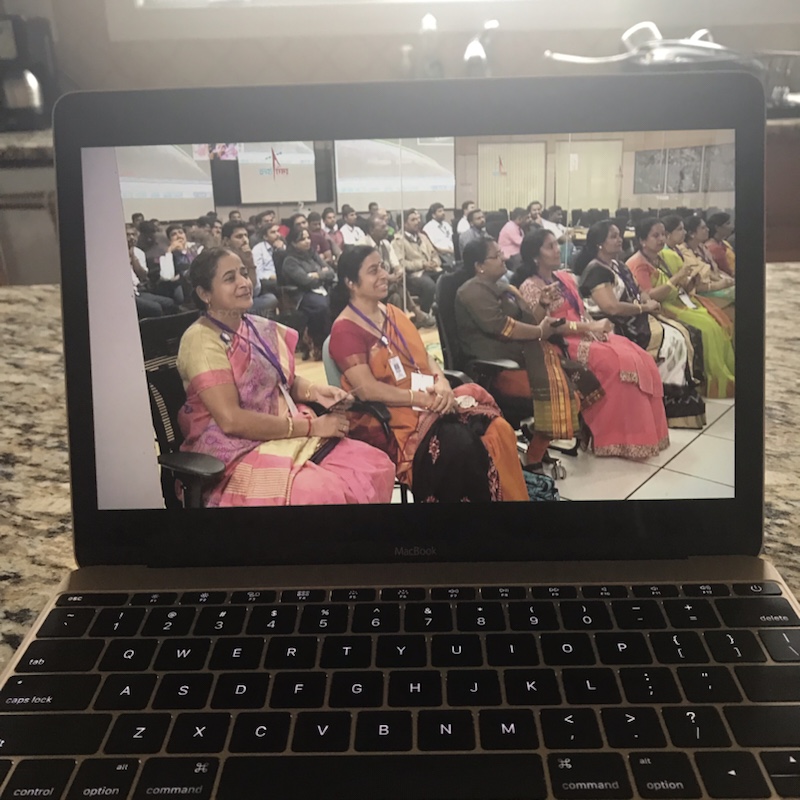 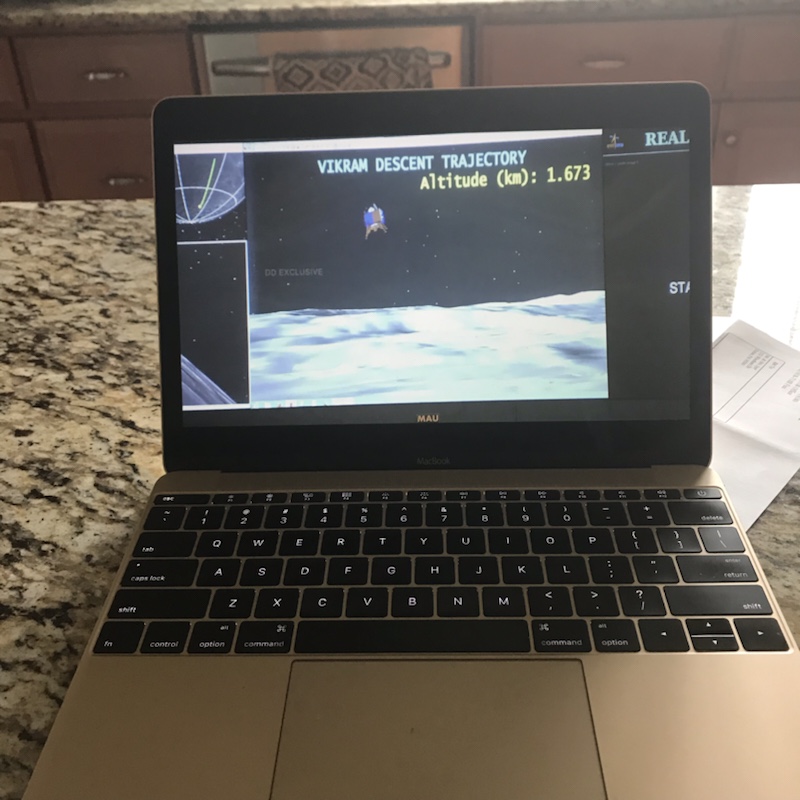 Brown skin, sarees, huge earrings, hands folded in prayer, huge computer monitors, humungous screens tracking the trajectory of the Vikram Lander. Sights that were once almost exclusively alien now felt familiar, homey. My girls applauded when the people on screen applauded. They noticed how many women scientists sat amongst the men. They held their breath as the screen froze and a pall fell on the crowd onscreen.

“Why is everyone silent?”

As the minutes dragged on and the only thing on the screen was a shot of the moon’s surface with a strange device on it, the children ran off clutching their iPads and switching allegiance to Minecraft instead.

I sat for a long time and eventually shut down when the feed was over. The grief felt strange, a lump in my throat, tears that wouldn’t come. I walked around the home, a slow walk devoid of purpose. As I circled the sofa, the kitchen island, the dining table, it hit me how much today’s launch meant to every desi. To all the girls I grew up with, it held a mirror to the possibilities. To my children and my nieces, it held up a powerful image of unlimited potential. It gave an accessible moment to hold on, to be inspired, to make everything seem possible, even going to the moon.

Today’s Chandrayaan 2 mission may not have been successful in its truest sense but it is much, much more. It is the precursor of things to come. It is a tangible dream to hold on to.

When I tuck my kids in bed and say, “… to the moon and back”, it might one day be literal.

3 thoughts on “To The Moon And Back”