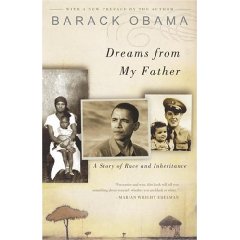 Beyond being a book written by a person that could well go on to be the next President, I enjoyed the book for what it was. A young man’s search for himself in a world that is neither black nor white. A world of which I have little idea about. Some of the passages in the book brought tears to my eyes. I saw myself in the woman at the bus shelter clutching her purse a little tightly when a black person passed by. I felt so ashamed of my stereotypical views.

I saw myself in the anguished young Obama feeling the sense of being alone in an alien world. Being a colored myself, I saw things with the eyes of one that understood the pain. Yet, the world portrayed in his memoir is one I cannot connect myself with.

The next time an Obama ad came on TV I felt like I know this person. I know where he comes from. I know his heritage. If I were an American, I would be proud to vote for him.

3 thoughts on “I know this person!”